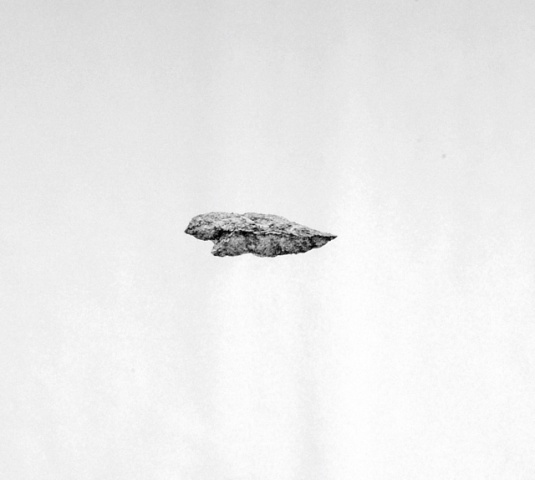 The Story of the Bricks

A brick is a most minimal of objects, in and of itself hardly an object at all, but a cell for the larger structure it will become. Yet a drawing of a brick can be another matter entirely. A lone graphite drawing of a brick, surrounded by a great expanse of white paper, can tell the story of how spirit actually finds its way inside of matter- and how humans tend to it. These bricks, lovingly taken from famous writer's houses, wrapped in blankets like precious jewels, and carried home, one by one, are like a key which unlocks all cryptic matter and becomes infinite. They are a continual transformation whereby a brick is not a just a brick but the house it belongs to, the writer, the written, the event, the artist/thief, and finally, the artwork. A drawing of a brick represents the second in which the moment actually becomes the object, that is, until the intensity of the drawing finally breaks it, and it returns to being a moment again. It is a strange breed of magic, a narrative not unlike phantom-limb syndrome or déjà-vu, which can never be fully explained. All at once, this mere chink in the foundation becomes not only the structure it pre-ports to build but a kind of prophesy of the past, the slow hoarse sound of history that seems to begin before sound itself has started, and ceases long after sound has died away.

On its facade it is an optimistic message, a glimmer contained within these rare artifacts of life that has managed to survive against a sea of history and forgetfulness. The bricks hover in the mind's eye, like a dark star in a white void. Yet how quickly the vast white page begins to assault the viewer, shy but determined, reminding us of how difficult it can be to resurrect the dead. Reminding us of all that is already lost. For in the finale the bricks are a sort of tragedy, that of giants being outlived by small piles of stones, and the queerness of why in the world someone would care to draw them.